Having seen off the arguably strongest side in the tournament, we looked forward to the final against Munich with a relatively relaxed attitude. The semi final had taken its toll on all of us; many players weren’t convinced they could play another game, let alone win.

Of all the teams to lose to in the final though, Munich were probably the best we could have hoped for; they’re a great side, and losing to them would be no shame. We’d already far exceeded our own and everyone else’s expectations getting this far. If it ended here, so be it. 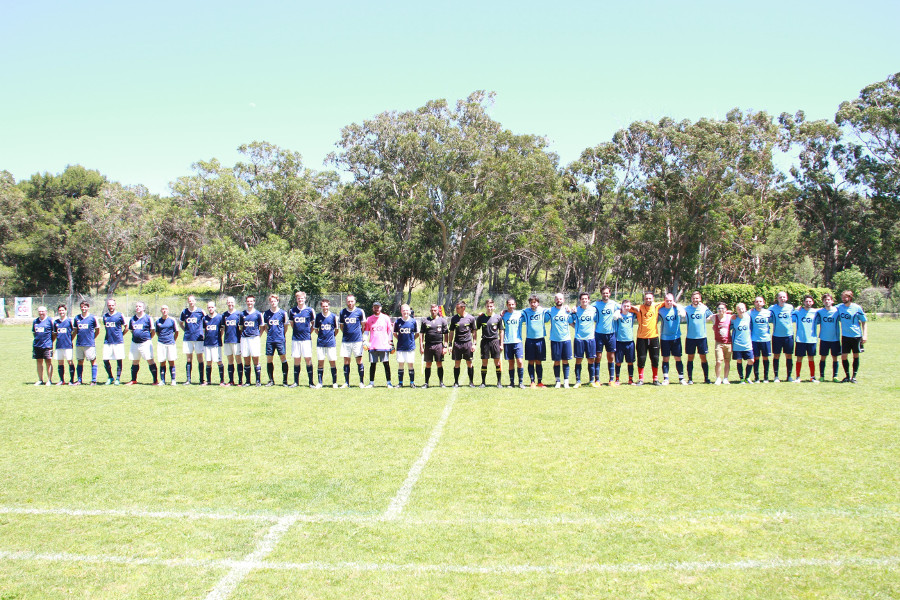 Not that we took that attitude onto the pitch though. Our captain, despite running out of positive motivational speeches, rallied the remains of the team in preparation for a final that was realistically within our grasp. Munich were missing their talismanic number 7 through injury, which took a lot of the pace and sting out of their attacking threat. If we could keep the remaining strikers neutralised, we’d give ourselves a fair shot.

We set up with an optimistic 4-4-2 formation, partially out of necessity through injuries to our central midfield. The game started slowly for a final; both teams showing the strain of the previous five matches. The tempo stayed fairly even, with threats from both teams creating half-chances, but neither could provide the clinical finish to take the lead. Most of the first half was spent controlling the pace from Munich, reducing them to long balls out to the wing which were easily dealt with. For our own part, we controlled the centre of the park well, and retained possession well enough, creating enough chances, but nothing with enough quality to cause an upset. Half time came sooner than expected, with both teams evenly matched at 0-0.

The second half set up in a similar way. Our captain selflessly substituted himself off the field early on, allowing our right-winger a chance in the final at full-back. Our back four stayed strong against the Munich attacks, and the game stayed under our control - this was probably the best game the team played all tournament. However, around halfway through the second half, our jobs got a lot harder. One of our strikers was fouled trying to break through the German defence; but the linesman didn’t flag, and the referee saw nothing wrong. Incensed, our striker argued the decision with the linesman; his aggression leading the referee to produce a straight red card. This revitalised the Munich side, who pushed forward, committing more players now that our attacking threat was cut in half.

Dismayed, we still managed to keep the Germans from scoring for the remainder of the game, a solid performance from all players on the pitch. We were running on empty tanks, and optimistically suggested to the Germans that we go straight to penalties. They weren’t stupid though; we’d won two penalty shoot-outs in two games already that day, and were down to 10 men. Nobody in their right mind would take that deal. More extra time, yet again.

I subbed myself off at this point. I’d taken a knock to my ankle in the London game, and it was starting to seize up. We had a centre back available to play, and he’d more than earned the chance to play in the final over the course of the tournament, so I tried not to show my disappointment at being unable to play on. Munich came straight out of the blocks at us, but we stayed firm, as we had for most of the tournament, absorbing the pressure. Extra time ticked on, with no real chances created from either team, until two minutes before full time. Our remaining striker collected a long ball on the right, drove forward and hit a powerful strike towards the opposite corner of the goal from 20 yards out. The German goalkeeper got a hand to it, but the strike was too much for him. 1-0 to Scotland!! What a time to score your first tournament goal from open play!

I don’t recall ever being so tense watching a game from the sidelines. It took a lot of willpower not to sub myself back onto the field to see the game out. Munich turned the dial up to 11 and fired barrage after barrage of attacks on our goal. We held firm, into added time in extra time now. Munich won a corner, surely their last chance of the game. The ball was swung in, headed goalwards. Hearts in mouths, our keeper palmed it backwards against the bar! We cleared our lines as the referee blew his whistle for full time. We’d actually done it! SCOTLAND ACTUALLY WON! WE’RE CHAMPIONS OF EUROPE!! 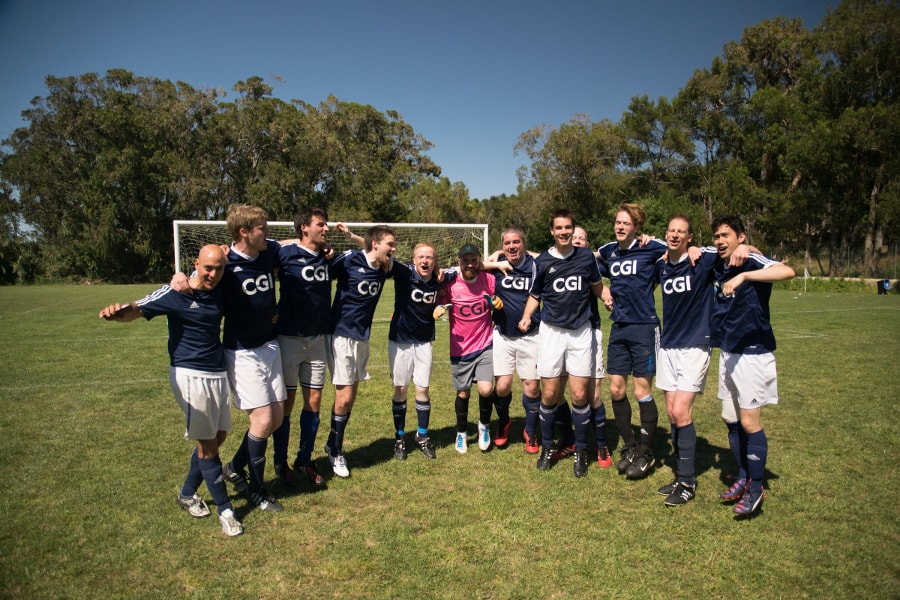 Tired but elated after the final whistle

It didn’t really sink in straight away. We weren’t used to still being sober at this point; usually we’d head straight to the bar after being knocked out. This was uncharted territory. We walked off the pitch to a standing ovation from the remaining teams - everybody loves an underdog. We sheepishly looked around, not entirely sure how to handle the situation. It felt a little surreal. We returned to the main area for the trophy presentation and awarding of medals. Last years winners, France, after a shock exit in the group stages, had won the Europa Vase tournament.

Celebrating our win with the Europa Vase winners, France

Having actually won the tournament, our captain finally relinquished his don’t-get-drunk-like-you-do-every-other-time rule, and we celebrated in the streets of Lisbon with thousands of locals. As nice as it would have been for them to be celebrating Scotland’s historic and unprecedented win, they’d have been out anyway. The day of the final coincided with the Feast Day of St. Anthony, the annual municipal holiday in Lisbon, celebrated with all-night parades. We drank and partied with the Portuguese until the sun came up over Lisbon, when we finally left, exhausted, to get a little sleep before our flights the following day. A great way to end our fantastic and hard-won victory.

The organisers are yet to confirm the location of the 2017 tournament, but rumour has it that the Czech Republic will be hosting. Expectations will be high for Scotland, but we’ve already proved we’re capable of performing well. Even more impressive, each of the three teams we faced in the knockout tournament won both of their other games that day (2nd, 3rd, and 5th place finishes), and two of the three teams faced in the group stages reached the final of their respective tournaments; Munich and Birmingham (whose first defeat of the tournament came to previous champions France in the final). We weren’t up against small or weak teams, but we came out with well-deserved medals and a trophy to be proud of.