In late June 2015, the Scotland team finished the CGI Euros tournament in Frankfurt in dead last place. One win, one draw, four losses. Missing several key players, we went into the 2016 tournament in Lisbon with minimal expectations.

The Scotland team met up in Lisbon in the late afternoon of Friday, June 10th. Our squad of 15 hadn’t played together before; some players were only meeting for the first time that night. We had a couple of beers and headed over to the Marriott for the group stage draw.

The Marriott, as it turned out, was a little upmarket compared with the Irish bar that hosted the 2015 draw. The beers were expensive, and the conference room booked for the occasion didn’t quite encourage the same raucous atmosphere we had in Frankfurt. Nevertheless, we stayed to find our group, then headed back to our much-cheaper hotel for a few more beers, via a great little burger bar nearby.

The CGI Euros are played with 16 teams over two days, with the group stages on the Saturday determining which knock-out tournament each team participates in on the Sunday. The top two teams in each group progess to the CGI European Championship, and the bottom two teams play for the CGI Europa Vase. During the group stages, each team plays every team in their group once, for a total of three games. The knock-out phase also consists of three games, to determine the final overall ranking of the teams.

We were drawn in arguably the toughest group (perhaps as tough as Group D, with last years 1st and 3rd place finishers in France and London). With this in mind, we weren’t hoping for too much from the group stages; we agreed that a win against Birmingham in the tournament opener would define whether we progressed to the European Championship or the Europa Vase on the Sunday. 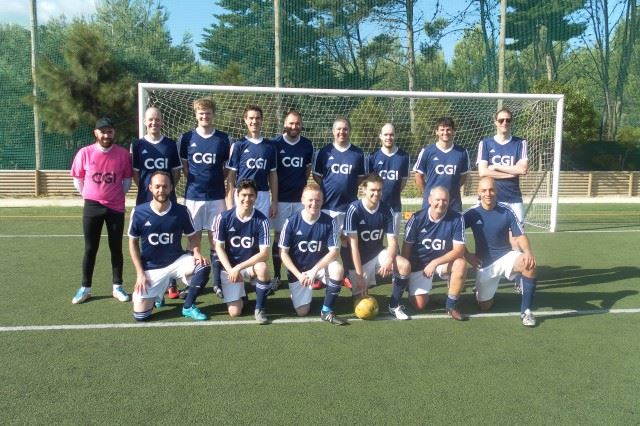 We went into this game a little tentatively, preparing to learn the team playing style and see how we gelled together. We set up in a 4-1-4-1 formation, with a central defensive midfielder to protect the inexperienced defence. I play as centre-half, and while we’ve had consistency at full-back for years, the back two have always changed from game to game, so the extra protection was appreciated.

Birmingham seemed to be in a similar position as us, starting slow and tentative, and both teams spent a lot of time in the centre of the park, without creating too many clear-cut chances. We went into half-time at 0-0.

I substituted myself off at half-time for our third centre-back to allow for a little squad rotation, and to help with a minor injury I’d picked up in the warm-up. Shortly after the break, Scotland scored after our right-winger put pressure on the keeper and forced an error resulting in a goal. Come on Scotland!

Our joy was short-lived, however, as moments later a high-ball into the box caught out our goalkeeper, blinded by an unfortunate angle into the early Portuguese sun causing him to drop the catch and allow the Birmingham striker to pounce on the loose ball and equalise. 1-1.

Each team started to open up after the equaliser in search of a winner, but both defences held strong and did not break. Overall, probably a fair result for the opening game of the tournament given the chances created and possession shared. Munich, one of the strongest teams in the tournament, sailed past the Portuguese side Sintra 3-1 in the other opening game of the group.

The draw with Birmingham, while not disastrous, left us with a tough run for the remainder of the group. In Game Two, we played our old friends Munich, who we met and played against in Frankfurt in 2015. They came out of the blocks fast, with a pacey front three causing problems for our defensive line. We held out for the majority of the first half, until a controversial decision by the linesman to allow an offside through-ball to stand, leading to the opening goal of the game.

Disappointment after conceding against Munich

Slightly demoralised and feeling a little cheated, we got our heads up and started strongly in the second half. The game stayed much more even in the centre of the pitch, but the Germans made good use of their speed along the flanks, and two good balls split the centre-backs twice in quick succession, both leading to good finishes. Undeterred, we finished strong and were unlucky to get a consolation goal for our efforts. The Germans saw the game out, and finished up worthy winners.

The defeat against Munich all but ended our chances of progressing to the European Championship knock-out; however an equaliser in the Birmingham-PT Sintra game gave us a glimmer of hope. It meant we were relying on the other result to have a chance of going through, but we were still in with a chance if we could beat PT Sintra, and hope Munich avoided defeat against Birmingham.

We started off incredibly strong against PT Sintra, with a fantastic solo effort from our attacking midfielder providing the opening goal within the first two minutes of the game. 1-0 to Scotland! The goal woke up the Portuguese side though, and they launched wave after wave of attack against the Scotland goal; but we stood firm and defended well, and managed to scramble a second goal home after a swift counter-attack, taking the two-goal lead in at half-time. 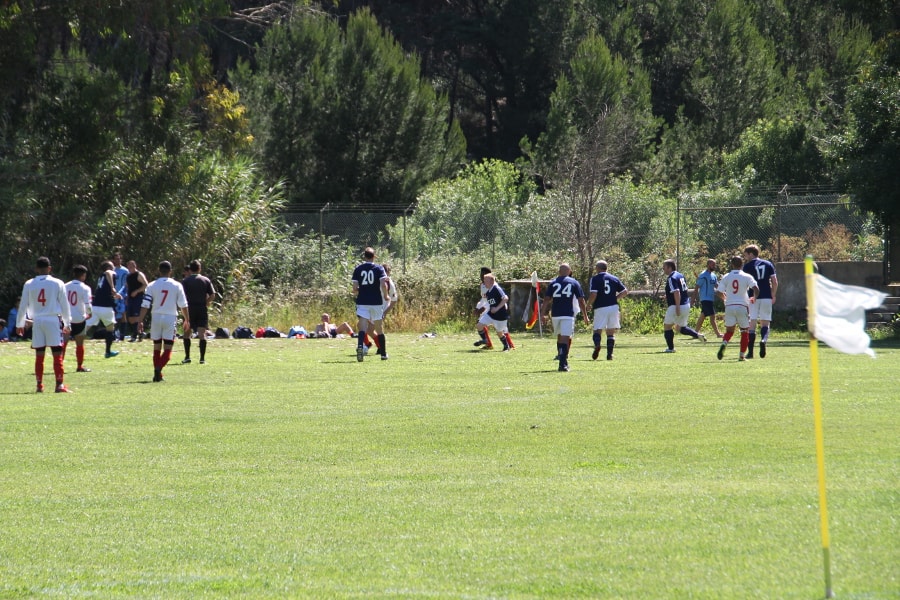 Legs were getting tired in the second half after nearly two-and-a-half hours of football in the thirty degree heat of Lisbon. The Portuguese, being used to this, didn’t show many signs of slowing and a moment of magic from their winger pulling back a wonderful ball after a mazy run saw them pull a goal back. This only steeled our resolve however, and we managed to hold onto our lead until the final whistle blew. We’d done everything we could; now it was over to the Germans to see us through as group runners-up.

The game against Birmingham kicked off later than our game, so we headed over to watch, and cheer on our Munich friends. They took the lead against Birmingham early on, but as they had already qualified, they chose to rest their better players ahead of the knock-out tournament the next day, and the under-strength side could not prevent a Birmingham equaliser just before the stroke of half-time. The second half was a nervy watch, but they managed to hold out and control the game, and see out the well-earned point - and see Scotland through to the European Championship!

We travelled back to our hotel elated with our qualification to the European Championship, and a guaranteed top-half finish in the overall rankings - already a vast improvement over the 2015 tournament. That night, we went to the fan zone in Praça do Comércio to watch the England opener against Russia in the “real” Euro 2016 tournament. As one of the few Englishmen present, the Russian equaliser was particularly hard to watch with the rest of the team celebrating. We then headed to Bairro Alto to drown our sorrows / celebrate, depending on nationality.

This post is part 2 of 4 of a trip I took in June 2016.
Part 1 covers my time in Lisbon itself.
Part 3 covers the knock-out stages of the CGI Euros.
Part 4 covers the CGI European Championship final.